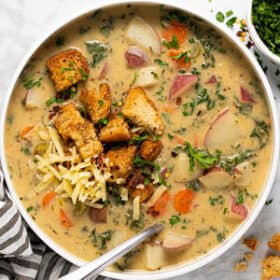 This creamy Vegan Potato Kale Soup is the ultimate veggie loaded comfort food. It's filled with simple ingredients and is an easy make ahead dinner which makes it ideal for busy weeknights! 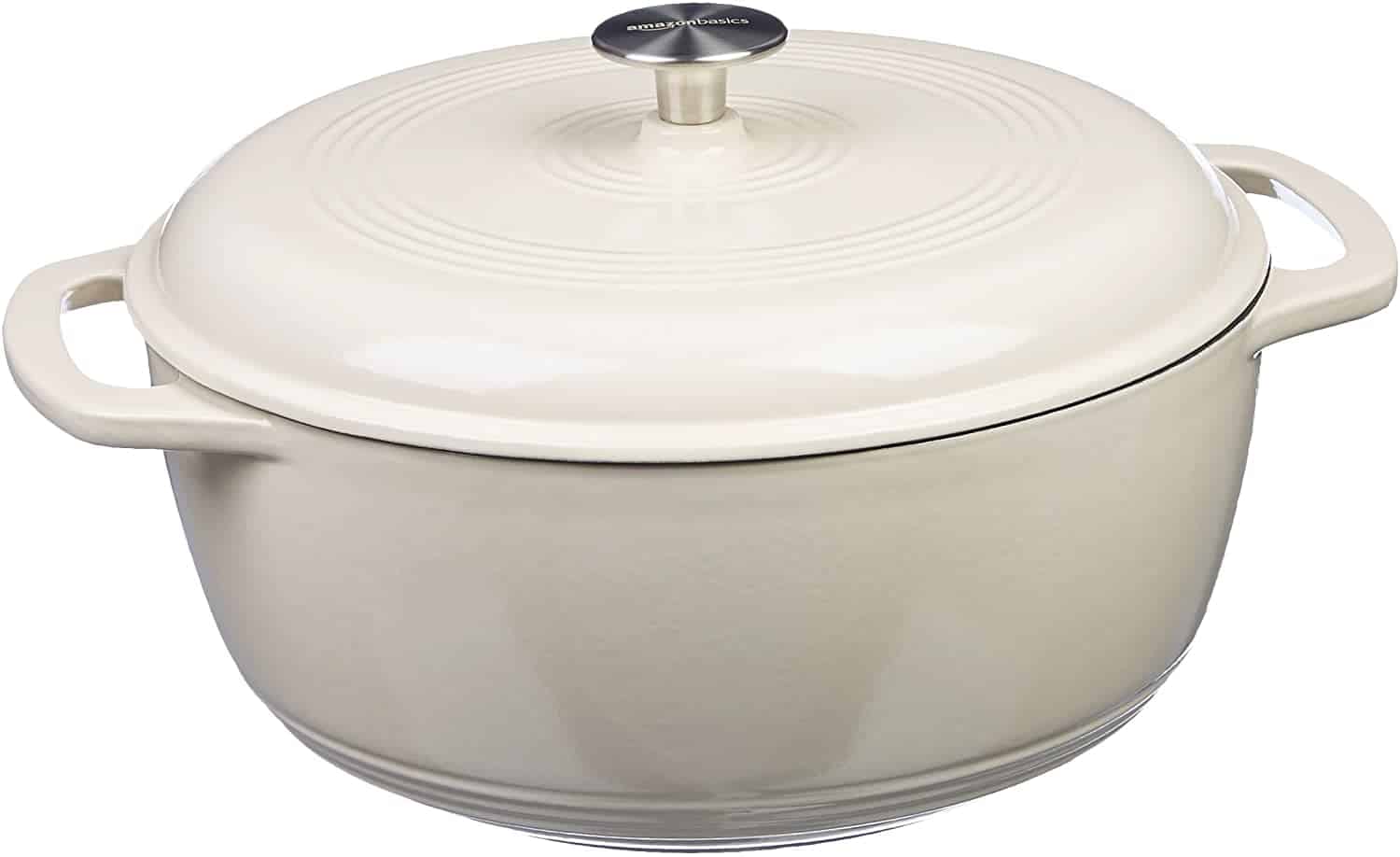 You can also make this soup vegetarian instead of vegan by adding heavy cream in place of the coconut milk. I'd recommend using about as much heavy cream as coconut milk and add more as needed.

Keep a close eye on the potatoes so they don't overcook! You'll simmer the potatoes right in the soup until they are cooked through, but keep an eye on them and check after 8-10 minutes to see if they are fork-tender.

You can also use any kind of potato that you have on hand. Baby reds, Russet, Yukon Gold, or even sweet potatoes will work in this recipe. However, depending on what kind of potato you use, they make take more/less time to cook. When you can easily pierce the potato with a fork, but it still retains its shape and is not mushy, you'll know the potato is perfectly cooked!

When using a blender to blend this soup, just make sure the hot air has somewhere to escape during the blending process and don't fill the blender too full. I'd recommend filling it no more than halfway. There is usually some kind of hole or spout on the blender lid that you can leave open and cover with a clean kitchen towel. This will ensure that the soup doesn't splatter everywhere, but that the steam can still escape.